Peter Gardiner features as a finalist in the 2011 Dobell Prize for drawing, which can be viewed at the Art Gallery of NSW until the 5th February.

"Peter Gardiner's Hexham (swamp) [...] is an unusual venture for Gardiner, who often favours the more dramatic scenes. The swamp is almost featureless but possessed of a strange, crackling vitality. The artist has filled the sheet with small staccato dabs of charcoal that extract a glimmer of individuality from the uniformity of the landscape"
Says John MacDonald in a review of the show for the Sydney Morning Herald's Spectrum (10/12/2011).

We also congratulate James Drinkwater for being selected as a finalist in the Dobell 2011.

We thought we might share some news from Berlin as it trickles in from Marten Bequest Travelling Scholarship recipient James Drinkwater. With Berlin arguably the street art capital of the world, and considering Drinkwater's existing practice of working with and transforming found materials, his 'trash can assemblage' actions appear as both a logical and astute exploration. Ragtag refuse becomes part of a whole, subsumed by James' signature style. Signing them off as "Trinkwasser" we only hope he's not becoming German for good.
See images below of Drinkwater's 'Boss' project in Amsterdam. 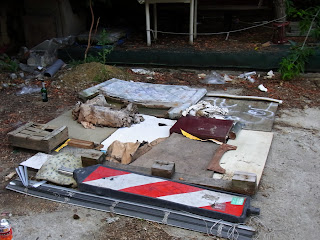 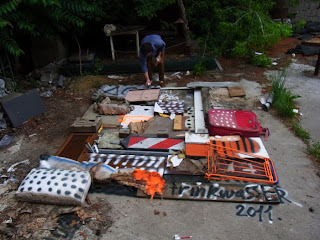 Damien Minton Gallery is proud to host the momentous '2020' project at our Annex Space. Statement from organisers Jon Frum Art Foundation below.

In the words of the organisers:
Jon Frum Art Foundation & Robert Lake are proud to present a new model of art exhibition practice, “2020” (twenty art shows in twenty consecutive days).

The 2020 platform which is a hybrid of a number of art exhibiting models, aims to support experimental and progressive artwork, by creating a system that is part performance, part artist-run and part commercial thus enriching existing models of exhibition practice. Each morning the previous show will be dismantled and a new show will be erected for the 6-8pm opening. We are expecting to attract a new and different audience nightly increasing the cultural awareness of arts in Sydney.

In 2020, Australian and International emerging artists will be exhibiting along-side established artists, encouraging a supportive and nurturing exhibiting environment for our art contenders. The participating artists will be encouraged to liaise with one another for future exhibition opportunities, as our aim is to provide an International bond between artists, galleries and curators through the social aspect that the show will provide.

The space, courtesy of Damien Minton, provides a progressive change in the way we view and exhibit art in Sydney by blurring the boundaries between commercial galleries and artist run spaces; it is free for artists to exhibit, we encourage sales, and encourage commercial gallerists to view and pick artists from our 2020 selection. Each of the twenty shows will run for two hours and will be streamed live across the internet, encouraging the projects potential for world wide recognition.

With web presence, blogs and social networking tools in place we anticipate generous media coverage for the 20 days and whilst the two hour duration of each show may seem short, the exhibition will continue indefinitely in cyber space in the form of live streamed video documentation. Australian audiences are encouraged to view a new exhibition every day for twenty days, either in person or live on the web at www.2020art2011.com.

The future and long-term goal for 2020 is to exhibit annually, further bridging the gap between artists globally forming an alliance of contemporaries. As a progressive and experimental exhibition format the future of 2020 is very exciting. 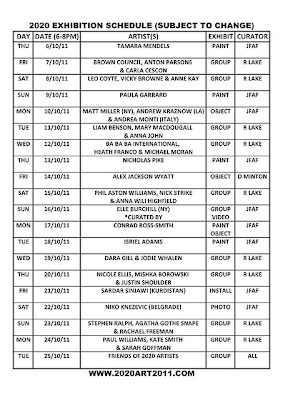 For more information head to the Jon Frum Foundation website. 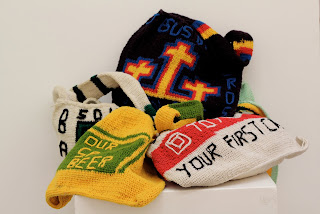 'Art and the Animal' talk at Damien Minton Gallery 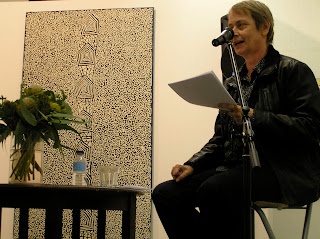 The Damien Minton Gallery would like to congratulate Connie Anthes for being selected as a finalist in the 2011 City of Hobart Art Prize. The categories for this year's prize are 'paper' and 'wood'. Connie is one of 13 finalists selected nationally in the wood category.
The City of Hobart Art Prize is open to artists, designers and craftspeople nationwide. It brings together contemporary visual arts, craft and design practice in a single exhibition.
Prizes are: two $15,000 acquisitive City of Hobart Art Prize (one in each category), a $7,500 non-acquisitive MONA Prize and a $1,000 People's Choice Award. The prize is to be judged by Peter Hughes, Senior Curator (Decorative Arts), Tasmanian Museum and Art Gallery,  Rachel Kent, Senior Curator Museum of Contemporary Art, Sydney, and Linda Michael, Deputy Director and Senior Curator, Heide Museum of Modern Art, Victoria.
This work (pictured above) is part of Connie's Makeshift series; a series of site specific responses that challenge expectations of given materials. The Makeshifts, conceived as "drawings-in-space" blur the boundaries that have traditionally separated drawing, collage, painting, sculpture and installation, and are intended to be reckoned with, and made sense of by, the audiences' movement in relation to them.
We look forward to presenting a solo exhibition from Connie Anthes at the Damien Minton Gallery in 2012 and wish her all the best in this prize.
The City of Hobart art prize exhibition runs from 23 July - 18 September 2011, at the Tasmanian Museum & Art Gallery (TMAG) in Hobart.
Posted by Damien Minton Gallery

James Drinkwater is back on our news page for winning this prestigious scholarship award. Here's what the judges had to say about James:


"The judges unanimously chose James Drinkwater as the recipient of the 2011 Marten Bequest Travelling Scholarship for Painting. The judges believe that James Drinkwater is a young painter who shows great potential and commitment to the language of painting. The judges noted James’ consistent and thoughtful approach and the ongoing development of his work. Above all, the judging panel was impressed with his sensitive handling of the medium."
Congratulations!
Posted by Damien Minton Gallery

Congratulations to Catherine and Jennifer Strutt for winning Section A (a two dimensional painting of any subject in any medium) for their work 'Home'. The Muswellbrook Open Art prize is hosted by the Muswellbrook Regional Arts Centre and is running for the 41st time this year. Congratualtion to Peter Gardiner also for receiving a Highly Commended in the prize.
Posted by Damien Minton Gallery